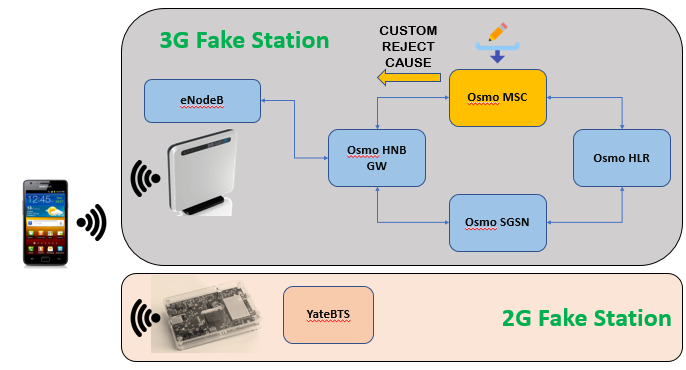 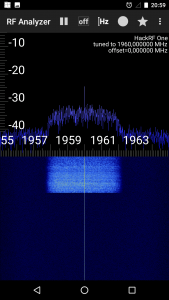 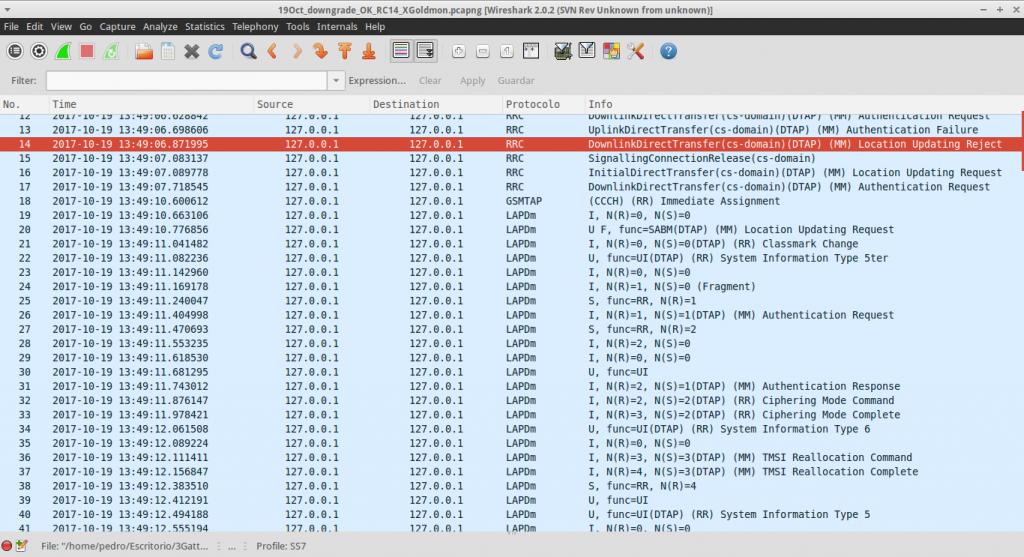 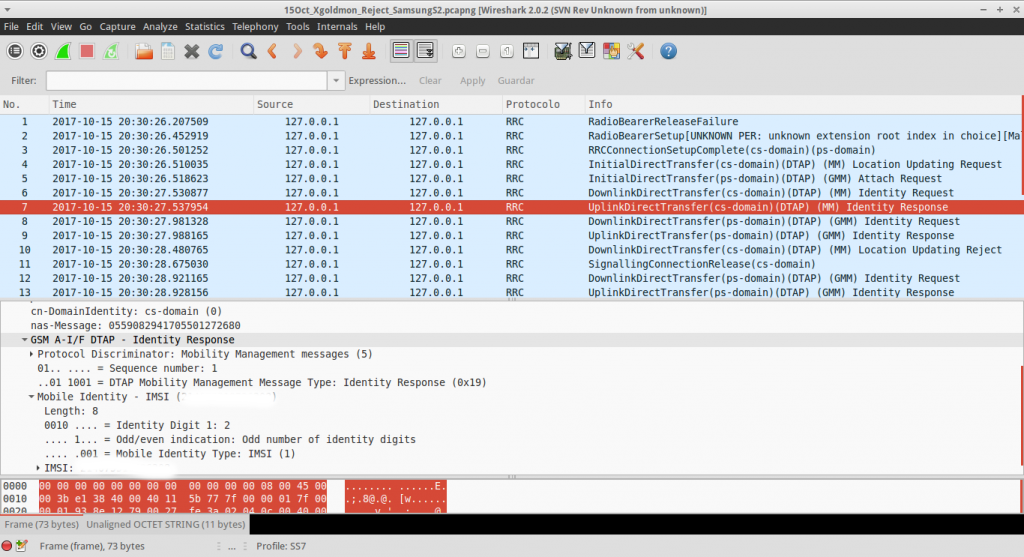 For a few years now I’ve focused on improving the unpublished version of CellAnalysis (currently 0.1.10), using it in security audits and trying to know the best way to protect the algorithms of the code in order to publish in the future the full version.

I recently decided to give a new direction to CellAnalysis to be able also to detect the fake 3G cells used to force the victims to use fake 2G stations (downgrade attacks). As initial tool I’m thinking in Xgoldmon, which will allow us to analyze the signaling of a mobile in an active way (we need a SIM card inside), although the goal that I have marked in the long term is to write a GNURadio tool that will allow to monitor broadcast traffic in 3G passively, without the need of a SIM card , using the standard SDR (BladeRF) boards. 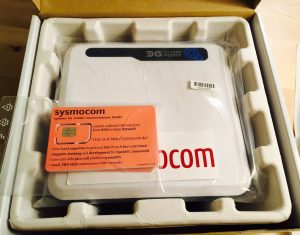 On the other hand, I had the great luck to participate in the project to contribute to Osmocom 3G5 to cover the following objectives:

(Short term) Study how to implement in the Osmocom 3G network the following attacks:

I would like to give special thanks to @sysmocom, Osmocom community and the “Accelerate 3g5 program” for their contributions  to this project.